Weird Things Londoners Do When The Sun Comes Out

“Are you enjoying the sunshine?” That’s the most common phrase I hear when there’s a wee bit of sun. It turns out Londoners are sun fanatics maybe BECAUSE they get so little of it. And when the sun does come out they get weird…

Here’s a not-so-surprising fact about humans: they often want what they can’t have. Before I moved to London, I had all the sunshine a person could ever hope for, and I hated it. Yep, I’m that guy who loves the winter, likes it when it’s all grey and rainy and windy, and shuts the curtains with the first sign of yellow light.

But because London (and the UK in general) gets minuscule amounts of sunshine (though summers have been getting worse and worse as in hotter and hotter in recent years), many Londoners crave those warm rays. And when they finally get them…

1. They Walk Outside Topless

As a country with such a strict dress code, it’s really weird to see that dignity fly out the window with the first sign of sunshine. Yep, once the clouds disappear, and the temperature gets hot (as in 25c not exactly hell on Earth!), many Londoners take their shirts off in public and show their crispy-red physique to the world. 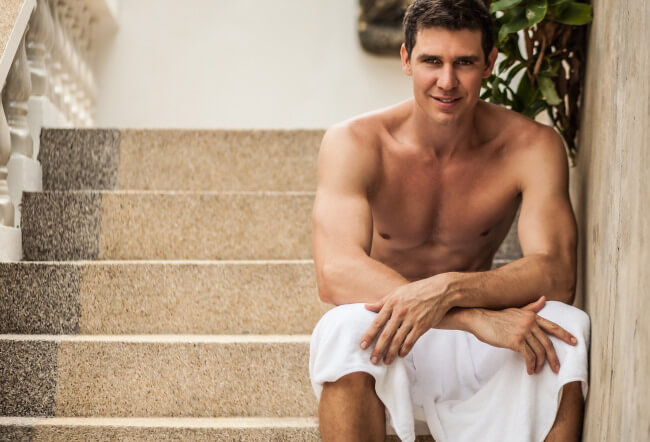 So please, dear Londoners a few rays of sun do NOT mean you can go topless in the middle of the street. Some cities have this thing called “A Beach” THAT’S where you take your shirt off.

2. They’re Surprised To See The Sun

So, it’s a bit weird that Londoners get surprised every time they see the sun. “WOW! A great ball of fire! Take a picture of it before it’s gone!” 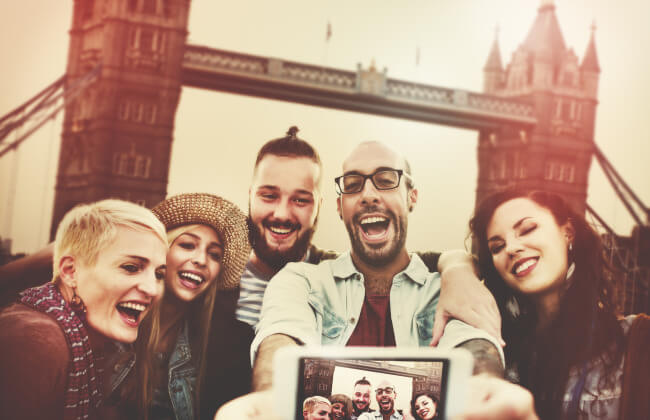 I know, I know, the winter might make you forget the sun is still there. But it is, trust me. No need to look shocked every June.

3. They Celebrate The Sun

Personally, I frown when the sun’s out. But many Londoners get these big grins and demand to know how YOU’RE going to celebrate the coming of the sun.

“What are your plans for this sunny day?”, they’ll ask. “Are you going anywhere on this lovely day?”, and of course “Are you enjoying the sunshine?”. No. I’m not.

4. They Complain About The Sun

Sure, Londoners THINK they like the sun. And they celebrate for the first 10 minutes. But then… they’re reminded how hot it gets, and how most of London doesn’t have air conditioning, and what the tube feels like when it’s hot…

And they start complaining. “Damned global warming!”, “When will it be over?”, “How can we work like this?”

Well, maybe you should have thought about that before you started praying for some sunshine during the winter.

5. They Buy Millions Of Electrical Fans

And I don’t mean Instagram fans but the ones that spin around and make the air move.

Listen, it’s been getting hotter and hotter in London in the past few years. But for some reason, as mentioned Londoners keep getting surprised when the sun comes out. And then they get surprised that it’s hot. And THEN they remember their flat feels like the flat from Hell (literally). And then… they decide to buy a fan.

The problem? Millions of other Londoners have decided to buy a fan on that exact same day. And since the shops (even the online ones) also get surprised every single year, the fans disappear after about two hours, and you’re left with the next best thing a copy of the Evening Standard you use as a hand fan.

Do yourself a favour buy an electrical fan NOW. You’re going to need it.

6. They Sunbathe At The Local Park

Those who come from towns with beaches, assume the beach is where you go when you want to sunbathe and catch some sun and colour.

Well, not in London whenever the tiniest ray of sunshine is present, you’ll see men and women wear their best swimwear (as in it covers very little), and lie down on the grass in the middle of any and every park.

7. They Eat Lunch In The Park

Doesn’t matter whether they bring food from home, or buy it at Greggs, once the sun comes out forget about your workplace’s food hall. There’s no more eating-at-your-computer.

Co-workers get together and walk out like clockwork to eat out in the sun, for an extra-long lunch break. It’s inconvenient, there are no tables or chairs, but hey there’s sun.

8. They Eat Lots And Lots Of Ice Cream

I used to belong to the camp that said ice cream can’t be had in the winter, because it’s cold.

9. They Buy Too Much Sun Cream

When I had my first summer as a Londoner, I ceremoniously went to the store and bought the biggest bottle of sun cream I could find. I used it exactly twice.

Don’t get me wrong sun cream is important, but let’s be realistic how many days of sun are you going to see? Plus, most sun creams go bad after 12 or 18 months, so you’re going to need a new one next year, anyway. So please, buy the small bottle.

10. They Have Polite Arguments About The Office Temperature

I wanted to write “have violent fights about the office temperature” but hey, this is London we’re talking about. So it’s all very polite, but still, you secretly want to burn your colleagues in the firey pits of hell because that’s how they’re making YOU feel every time they shut down the AC (“It’s too cold!”) or open a window (“I need some fresh air!”).

11. They BBQ Everything And Everywhere

Want to know how to spot a coming sun, without a weather app? Just look at the meat aisles at your local supermarket. You’ll see shelves and shelves full of “Special BBQ Chicken”, “Summer Meats”, and all sorts of silly names for the same exact meat you’ve been buying in the winter but with more colourful packaging (and colourful pricing).

Once the sun comes out, Brits and Londoners in particular feel this strange need to burn and smoke their meats out in the park. Why not use the good old oven? Because then you won’t feel the sun!

12. They’ll Pray For The Rain To Return

Sure, the sun is nice for a few hot minutes. Maybe a day or two. But when it gets too hot to breathe, and all the grass turns brown, and the flowers die, and our beautiful city looks like a dead desert that’s when it’s time to say goodbye to the sun. Go away, we don’t need you anymore, we’re British. 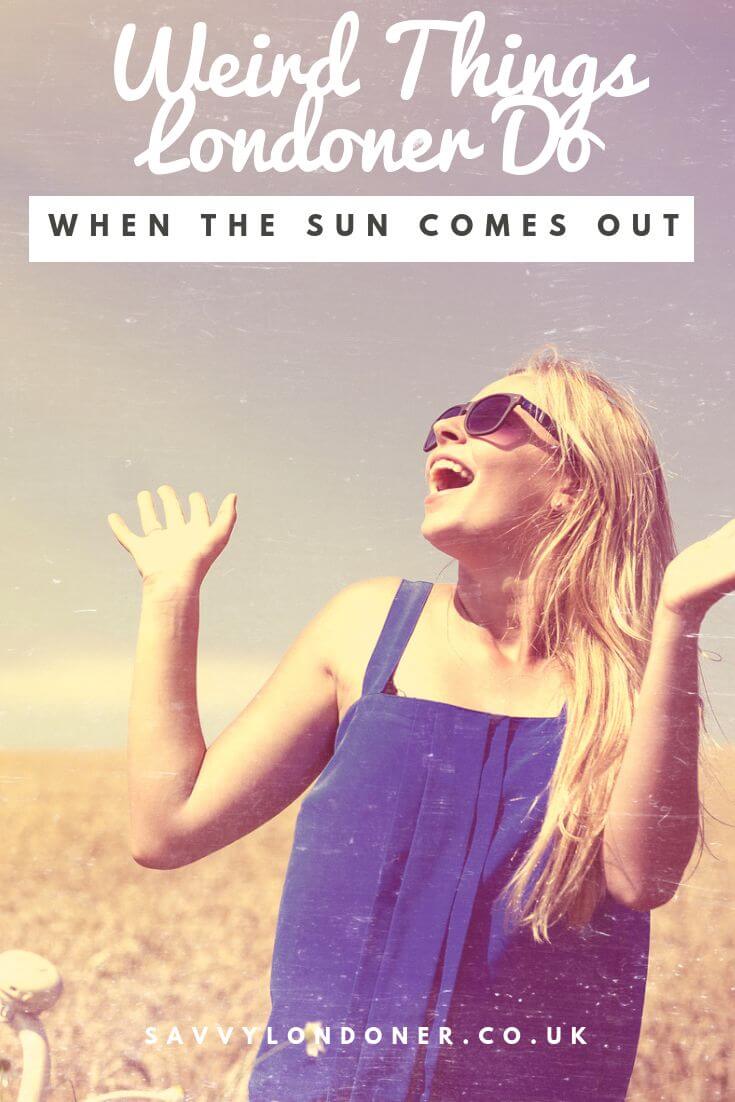