9 Lessons My Grandparents Taught Me About Money

From avoiding overdraft like the plague, to dressing simple and living within your means my grandparents were no financial “experts” but they sure lived like ones and there’s so much to learn from them.

With all the advanced technology and noise around us, it’s easy to forget that some basic financial principals haven’t really changed much in the last 100 years. That is if you want to have a positive relationship with your money.

Like many, I lost sight of that for many years (which is how I originally got into enormous debt), but looking at how I handle money these days reminds me a lot of things my grandparents used to do and how they used to live (which is how I GOT RID of all that debt).

Sure, they didn’t have smartphones, their first VCR had a wired remote (actually it’s enough to say “They had a VCR” to explain how long ago it was), and they never owned a computer. And yet, they knew how to settle a budget, they knew how to live within their means, and most importantly they knew how to enjoy their lives, without being rich and without ever borrowing money.

1. Never Get Into Debt / Only Spend What You Earn

It’s hard to believe, in the world we live in today but my grandparents were very much against any type of debt be it a loan, an overdraft, or just owing a friend money. (The one exception, as it is for many, was when they bought their house which they then lived in for more than 60 years. And even then, the “mortgage” they took was from… my grandfather’s father, which was a small loan they paid back every single month.)

Without a computer, without a smartphone, they always knew EXACTLY how much money they had available, and they would never go below that. 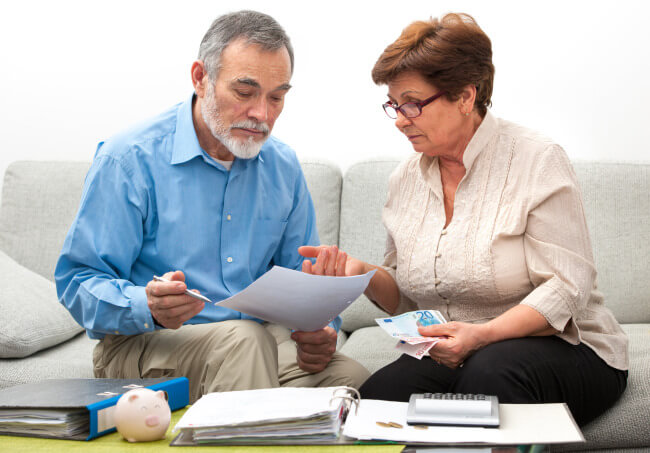 They planned for each month when it started, taking into account holidays and special occasions, and if the available money was running out near the end of the month, they would simply STOP spending it.

I remember quite vividly the times my grandmother used to say “No! That would take me into an overdraft!” (which the bank was MORE than happy to offer her) and never once did she pay interest on something like that… Their bank manager was, I presume, a bit frustrated.

And by living within their means, their money worries all but disappeared. Sure, there were times (especially when they were young and raising their children) when money was tight, very tight. But they knew that living within their means would mean never having to worry about a frantic call from the bank, or discovering at the last moment you don’t have any money left for food.

Remember how I said they always knew exactly how much money they had to spend? It’s so much easier when you’re paying with cash. Because the money is RIGHT THERE (or, at most, some of it is there and the rest is in the bank and in your hands once you withdraw from the bank).

For big purchases, they used cheques (remember those?) so they wouldn’t have to carry large sums of money with them. But cheques are similar to cash you can only spend what you actually have…

For many years, both of my grandparents didn’t even have a credit/debit card. And even when they did, eventually, get one they kept treating it as a new form of the cheque they kept spending only money they knew they had, and paid it all in full every month, without loans or overdrafts.

Paying with cash also means you FEEL what you’re spending. You had money in your hands… and now it’s gone. That’s so different from spending money with a flashy plastic card!

Now, true, I mostly use a debit card these days because… who carries cash anymore? And it DOES come with a cost, because it’s not the same feeling as cash. But at least I make a point of using debit cards and NOT credit cards, which are just a debt magnet.

3. Always Have An Emergency Fund

Remember how I said they lived within their means and never spent more than they had? That’s true, but as we all know, life throws you an unexpected emergency every now and then.

Which is why my grandparents ALWAYS kept extra money that they didn’t touch in the course of a regular month, and was there for emergencies. Some of it was kept in a savings account, and some of it was kept as cash, in the socks drawer. 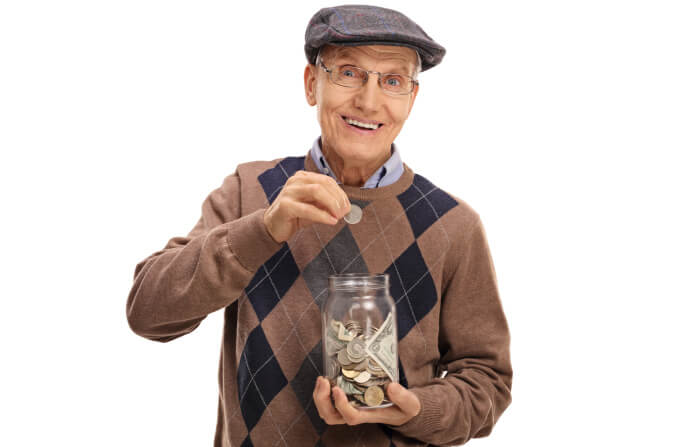 Yep, my grandfather had around £1,000 hidden in the bottom drawer. (I can write that on the internet today, because that drawer, and that house, sadly don’t exist anymore).

They never used THAT money to buy a luxury, or a gift (no matter how much a certain grandson begged for another Transformers toy!), or even food unless it was an unexpected emergency, like a burst pipe, some car trouble that couldn’t wait, or an urgent medical situation.

This is an easy one my grandfather was a bus driver for many years, so of course he was all for using public transport.

And mind you, they DID have a car and they did use it occasionally, depending on where they were going. But they prefered public transport. Granted, buses were actually free for them (that was a perk that came with my grandfather’s job) but they also encouraged me to use public transport instead of going by car.

Now, if we look at the public transport in London today “Cheap” is not a word that comes to mind. However, it’s still cheaper (in most cases) than owning and regularly using a car, especially if you live and work in the central areas.

That’s not to say they didn’t care about the clothes they were wearing my grandmother enjoyed buying new dresses occasionally, and always made sure she (and the rest of her family) looked good and decent.

But her main concern when buying new clothes other than the price was whether they looked good, and were well-made.

I remember dragging my grandmother to a somewhat-posh clothing store once, that had trousers that cost £100 (what was I thinking?!). She took one look at the pants and threw them aside, saying that the seams are very badly made. Of course, she was right… I ended up buying from that store another time, and the trousers fell apart after six months.

My grandfather also made sure to always dress well but again, his main concern was to look respectful and not to pay extra for a specific label that he didn’t care about.

6. Treat Your Belongings Well And They Will Last For Years

This one’s a bit tricky because it seems the things we buy these days (especially electronic devices) just don’t last as long as they used to back in the day.

And yet, the basic rule still stands if you treat your devices, your furniture, your… “stuff”, with respect it’ll still last a lot longer than if you don’t.

I remember all those times my grandmother panicked when I tried to jump on the sofa with my shoes on… and remember that VCR with the wired remote? They kept that silly little remote in a plastic bag, to keep the dust away. 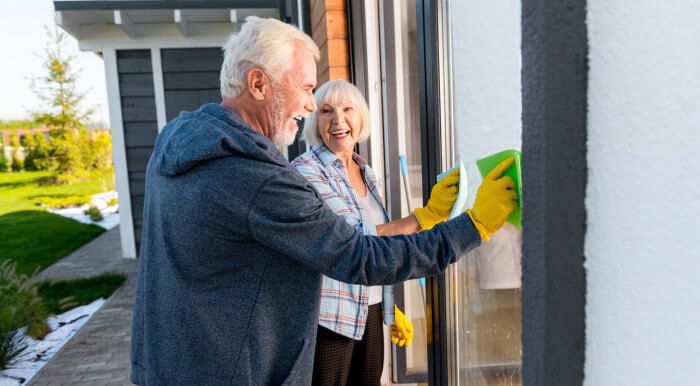 And it worked they had the same sofa for years and years (in perfect condition!), the same bed and mattress, the same fridge… when they bought a microwave, a technician told them it was “risky” to turn it on accidentally when it’s empty, so they kept a glass of water INSIDE the microwave. Always. Well what can I tell you that microwave lasted for about 15 years.

Now, don’t get me wrong I’m NOT as tidy and careful as they were, but I do try to take good care of the things we buy and they really do last longer this way, even in this day and age.

Putting the shaver back in its bag takes 10 extra seconds. Cleaning the toaster and putting it back right after use takes 15 seconds. But you’ll be surprised how much these little things do help.

This one can fill a whole post on its own but we all know our grandparents never bought ready-meals and microwave dinners…. and yet, with simple ingredients they were able to cook up incredible meals.

My grandmother’s shopping list often consisted of cooking oil (a lot of it), some vegetables, maybe pasta, some meat or fish… and yet we miss the foods she used to make to this day.

Now, it’s true, some of us don’t have the time (or the knowledge) to cook from scratch every single day. But even if you don’t go at it 100%, there’s still no excuse not to do it at least some of the time. You’ll save so much money by not buying supermarket-meals…

With all this talk about ways to save money, you might think my grandparents held their money close to their hearts you would be wrong. They were big givers to charity, to people in need, and of course to the rest of their family (I DID get lots of Transformers!).

Giving money to those in need or just to make your family and friends happy is a great thing, and it not only helps others, it also makes you feel better. But you have to make sure you’re giving out what you can actually afford buying gifts with money you don’t have will make those gifts taste bitter.

9. Enjoy What You Have

People who are not used to some of these concepts, might read them and think my grandparents led a hard life but that’s not the case (well, not counting their early years and all the hardships of the early 20th century but even THEN, they did well with what they had).

They had their worries and problems like every human being but money issues were not at the top of that list because they were good with money. Again, they weren’t rich, and they lived off ONE salary (that was still possible back then…) but by managing their money correctly, they didn’t have to worry about it that much.

And the best part? they enjoyed what they had. Sure, they bought a new chair every once in a while, they replaced the carpets when it was time to do so (but had the same carpet for 50+ years!), and for the most part, they didn’t feel like there were things “stuff” MISSING from their lives.

That’s not easy to accomplish these days. Adverts, and social media, and friends, keep bombarding us with stuff we simply “MUST” have the latest smartphone, a 4K-HDR-SUPER-DUPER-Telly, expensive clothes…

And sure, I love buying gadgets, so I buy them. When I can. But if I can’t afford something, I simply won’t buy it no “financing” and no loans and no nothing. I can either pay for something NOW, or I can’t, in which case I’m not getting it.

And I don’t feel bad about it, I really don’t (well, for the most part… I’m still learning!) 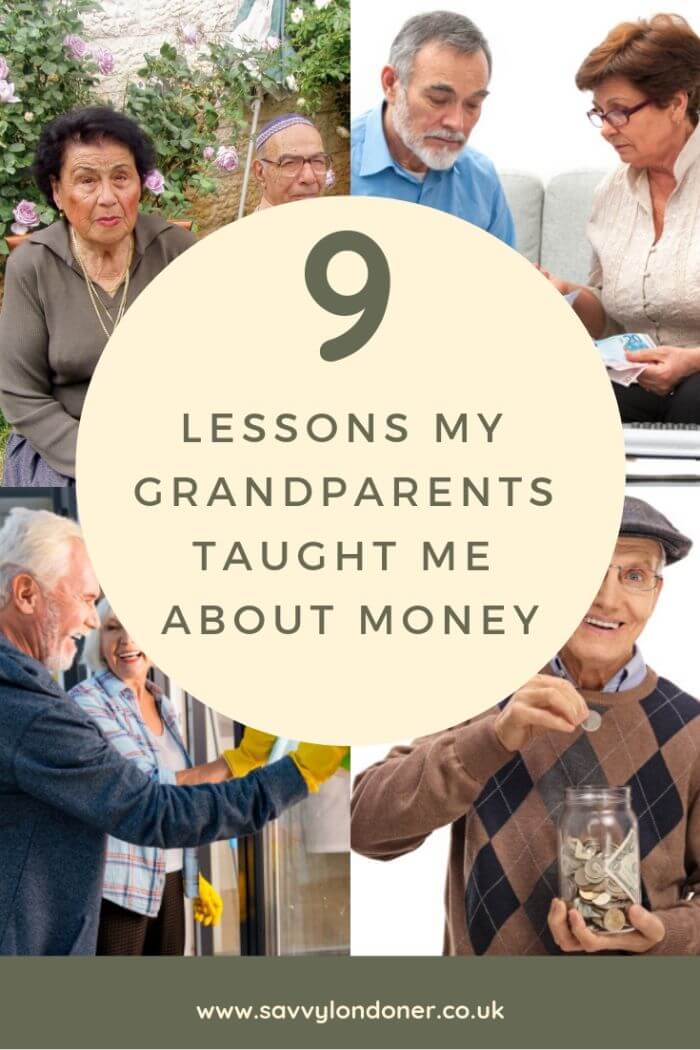