6 Money Problems We Need To Stop Being Ashamed Of

Life is hard enough when we don’t have the money to cover our needs but you have to stop being ashamed of the things you need (and want) to do in order to lead a better financial life.

Your friends are going to a restaurant together (again) and you can’t join them (again). Your parents give you a funny look when you go to the “reduced prices” aisle. You do anything you can to hide the debts you’re in. And the list goes on…

We spend a lot of our time being ashamed of money issues. The world around us these days often makes us feel as if the only way to succeed is by having lots of money and more-so spending lots of money. And if we can’t, then we’re not good enough, and we have to be ashamed of ourselves.

Well, it’s time to take the shame and embarrassment out of the equation. On the contrary you need to be PROUD you’re taking care of your financial problems.

These are the things we all need to stop being ashamed of right now:

Don’t get me wrong debt is bad. Whatever life circumstances have led you into owing money to the bank/other companies/lenders, you should be working hard on clearing that debt (and not getting into it again). 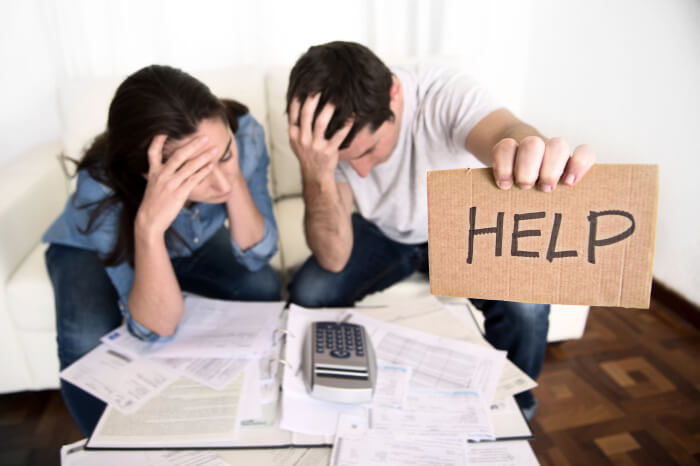 Most of us will get into debt at some point in our lives. The first step in getting out of it, however, is to acknowledge it, and to proudly show the world you’re doing what you can to get out of it.

2. Not Being Able To Spend Money Like My Friends/Family

This is one of the hardest ones. You might have friends who go to the pub every night. Or dine at a fancy restaurant every week. Or go to a concert. Or buy new, expensive stuff every Friday.

And by trying to hide the fact that you can’t spend as much as they do you make things worse for yourself, by going even further into debt (See #1).

So first, let me tell you a little secret there’s a very good chance that your friends and family can’t spend what they’re spending either. They have their OWN friends to “impress”, so they also spend money they don’t really have, and it’s a vicious circle of people going into debt just to impress others.

And even if your friends are rich (lucky you) and can spend whatever they want that’s beside the point. It’s perfectly fine to bring someone a Christmas card instead of an expensive gift when that’s what you can afford. 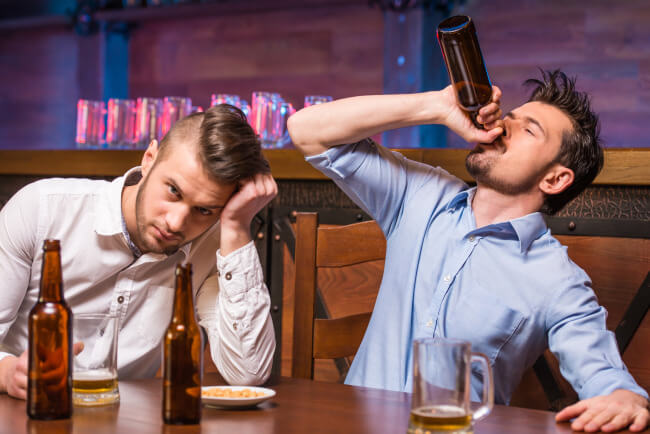 And it’s perfectly fine to explain why you’re doing it. “I can’t come with you to the concert because we’re saving money and getting out of debt this year” is a perfectly legitimate answer. Not only should you not be ashamed of it you should be PROUD of it, and of the fact that you’re taking care of your finances, which is more than what most people do.

3. Buying “Reduced-Price” Products At The Supermarket

Here’s a confession even after years and years of writing about money and personal finance and how to save I still get a bit embarrassed when I go to the “reduced” section at the supermarket.

In case you’re not familiar with it, almost every supermarket reduces prices near the end of the day (and sometimes earlier), on products that it’ll otherwise have to get rid of usually because they’re close to their expiration date. In the UK these are commonly known as “Yellow Sticker” products, because of the yellow stickers that show the updated, reduced price.

Last week I was at our local Sainsbury’s, when they announced on the speaker that fresh products have just been added to the reduced shelf. When I went there, I saw a large group of shoppers standing and browsing the products. And yes, I was embarrassed to go over and stand between them.

Why? Because we’re being fed this image that it’s something poor people do (not that there’s anything wrong with poor people). Because we’re constantly being bombarded with messages that in order to belong we need to buy new and shiny and fresh products.

But that’s nonsense. Saving money is THE thing to be proud of, using whatever tricks and techniques you can find. It’s time to get over that silly shame.

4. Finding Ways To Save Money

Continuing from #3, there are so many ways to save money these days. From cashback sites, to coupons, to outlet stores and charity stores, and buying second-hand, and… the list goes on and on.

If you find yourself embarrassed of doing anything (legal, of course) that helps you save money don’t. It just means you’re doing better than most.

Broadband, TV, mobile phones, energy these are all things you could be paying less for MUCH LESS if you just haggle with your provider (or switch over, in many cases). Yet people are often too lazy or just embarrassed to call up their provider and ask for a better deal.

And the companies know that. Even if you do call, they might start by offering a slightly better deal, and then they make you feel embarrassed to ask for more. “But we’re the best company”, they’ll say. 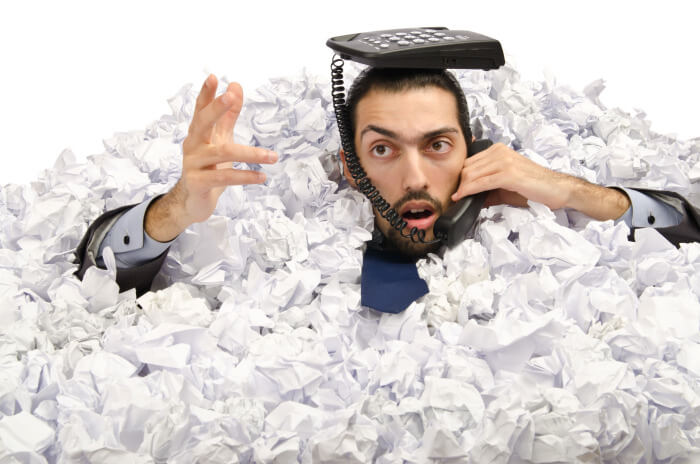 Last year, when I called my broadband provider, the lady on the phone looked at my bill and details, and then proclaimed a… “WOW!”.

Trust me when someone from the company that can monitor all your internet browsing says “WOW!”, it’s embarrassing.

She was actually referring to the amount of broadband I use. Sure, I’m a TV cord cutter, which means I stream all of my (4K) TV content from Netflix and similar services. Which in turn means I use A LOT of internet bandwidth.

“You use so much internet bandwidth!” she uttered, and added that “no other company” would “ever” let me use so much.

That was nonsense, of course. I held my ground and ended up saving £7 EVERY month on my bill. Oh, and they even raised my speeds on top of that so I can use even MORE bandwidth now.

The bottom line? Haggling with service providers is what smart people do. Again, there’s never shame in trying to save money on the contrary.

6. Being Scammed And Duped

Scams have been around forever (I’m sure there was a prehistoric man somewhere who paid too many pebbles for a faulty rock-baton). These days, they range from identity theft (and loans taken under your name), to bank transfer scams and just plain selling you fake products.

It feels awful to fall prey to a scam not to mention the loss of money. Unfortunately, many people also feel ashamed “I was such a fool, how could I fall for that?”

And then, by feeling ashamed, they also try to hide it from their friends and family. At best, this prevents them from getting support and encouragement. At worst, this could lead people further into trouble and debt they try to cover and hide their losses by taking a loan, or by doing a financial mistake, and the bad snowball starts rolling.

Remember if you got scammed, you’re the victim the person who scammed you is the one who needs to feel ashamed. You just need to focus on how to get out of the possible jam and move on. 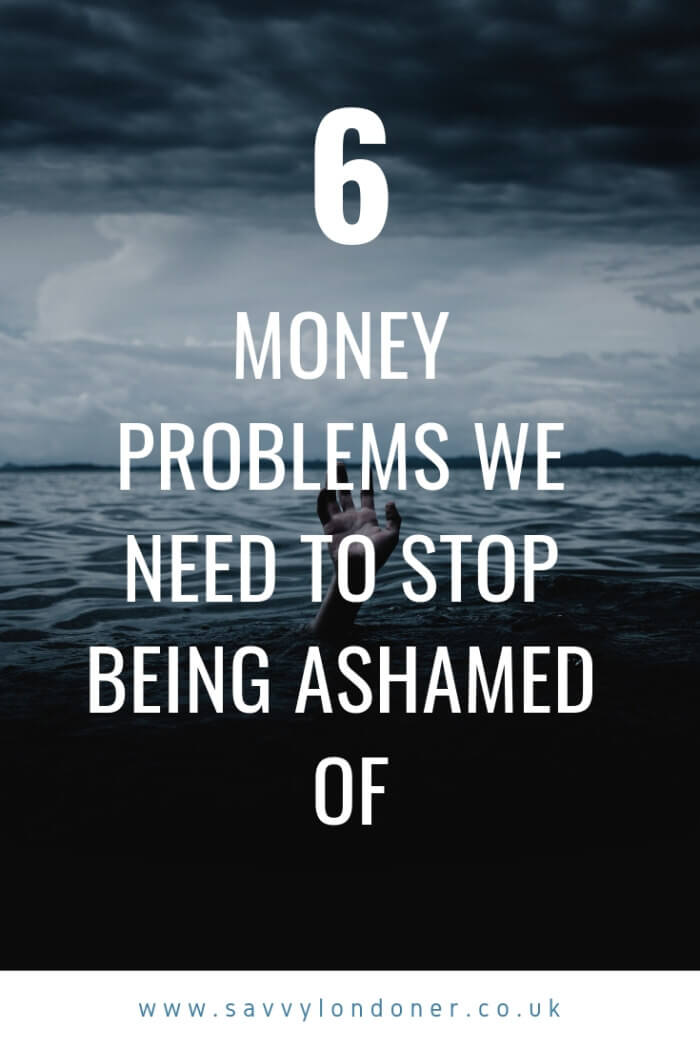